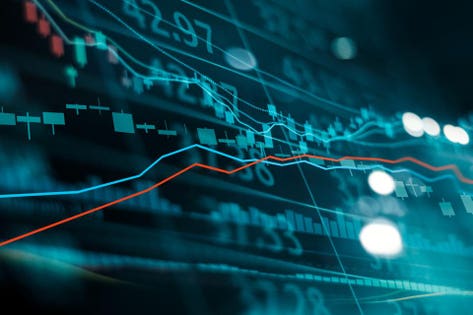 During the 40 years I have been in business, investment bankers and financial analysts have never once failed to assert that a Mayday event was right around the corner for real estate.  Of course, if you insist for long enough that the market will turn down, sooner or later you are bound to be right. Nothing goes up forever (although there was a moment in about 2000 when many entrepreneurs insisted that we had entered a “new economy” in which there was no reason to expect prices or values to ever go down again. We can see how that turned out).

Buyers of real estate react acutely to economic uncertainty. At the hint of a market shift, they tend to move to the sidelines and wait, anxiously, to determine which way the wind is blowing. Determining the direction of the wind, however, isn’t as easy as it looks, especially with pundits and economists giving often contrary advice.  Beginning in late 2018, the word on the street had it that an economic downturn was just around the corner: the stock market was too high, the economic fundamentals in the country were uncertain, the trade conflicts all but guaranteed falling employment and a shrinking GNP. Nonetheless, here we are in January of 2020 with the stock market at record levels, employment numbers strong, and that downturn nowhere in evidence.

How has the 24-hour-a-day, 7-day-a-week news cycle affected the news itself? If enough newspapers cover pessimism about our market or the economy, in general, does it become a self-fulfilling prophecy? Do consumers get frightened into inaction by economic predictions, regardless of how credible the facts underpinning those predictions may be?

In my experience, consumers are acutely affected by what they hear and what they read. Far from being the unique product of rational thought that Milton Friedman posited, contemporary economic theory recognizes that emotion and herd instinct can exercise a powerful influence on the way people make buying decisions. So if the press hammers away at recession fears, it changes the broader conversation as consumers absorb the anxiety implicit in such discussions. This talk creates an impending sense of doom, as we witnessed in 2019 when both transaction volume and prices fell throughout the year. As we all know, it is much harder to persuade people that something ISN’T going to happen than it is to make them fearful that it WILL.

I was reminded of these issues today when an agent to whom I was speaking mentioned that clients of hers (working in the finance industry) told her that a BIG correction in both stocks and real estate was certainly imminent. While I can see a correction in stock prices occurring during 2020, our real estate price correction has already lasted for years. If anything, I believe we are emerging from that tunnel into an environment in which transactions between realistic sellers and realistic buyers will be occurring in increasing numbers.

Unquestionably, the real estate market in New York has changed. No one believes that they can buy a condo today, rent it for two years, and flip it for a 20% gain in two years. But with prices at decade-long lows, opportunity abounds for buyers who expect to remain in their new homes for three to five years. I believe that accelerating transaction volume at stable prices will characterize the months ahead. Then we go into election season and what happens to our economy both locally and nationally becomes anyone’s guess!