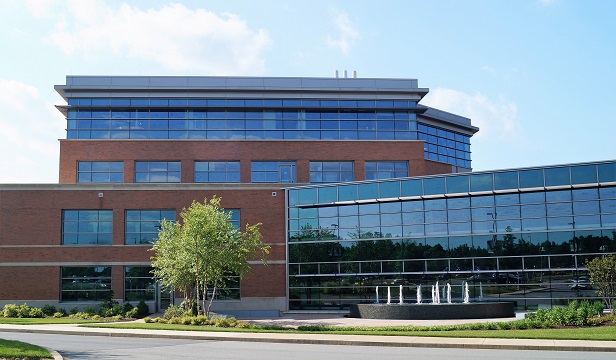 Increasing interest from institutional investors has helped to push the medical office sector to hefty transaction volumes and steady occupancy despite record construction in the second quarter.

A new report from CBRE notes that US transaction volumes this year for medical office properties are 50% higher than their pre-recession levels. Meanwhile, medical-office capitalization rates – a measure of a property’s income as a percentage of its price – have pulled even with those of conventional offices after years of registering higher.

Much of the market’s momentum comes from demographic trends toward longer lifespans and more healthcare consumption as well as a medical-industry shift toward more outpatient care. CBRE defines medical offices as office buildings in which at least half of leasable space is occupied by medical uses such as dental, surgical or special practitioners and services.

GlobeSt.com caught up with Ian Anderson, CBRE’s head of Americas Office Research, for an exclusive interview about the report’s findings on the medical office sector. Here are excerpts from that conversation.

What about the medical office sector is most appealing to institutional investors and why are they jumping into the sector now rather than years earlier?

Medical office buildings have been an attractive target for institutional investors for many years, but this current cycle has been unique in accelerating that trend. The current expansion has seen a dramatic transformation in the way commercial real estate is being used, and that sometimes has negatively affected demand for space. That’s particular true for conventional offices, for which demand is influenced by workplace strategies and densification, and for retail space, which is adapting to e-commerce. As a result, many institutional investors have been forced to seek new opportunities that offer attractive returns. This has caused a surge of interest into alternative commercial real estate investments where growth is more robust, such as life sciences lab space, self-storage, and co-living, among others.

Aside from the ‘push’ by investors into emerging, alternative commercial real estate investments, the ‘pull’ of deeply entrenched and highly attractive demand drivers is what is really driving demand for medical office space. Any investor seeking to capitalize on the demographic and consumption trends unfolding in the United States wants to have a position in medical offices. Underlying these megatrends, though, is the continued shift by healthcare systems to provide services in a lower cost setting that is more convenient to the consumer. In other words, allowing consumers to obtain healthcare services near to their home, rather than venturing to the main hospital of a healthcare system. Finally, though, medical office investment is driven by the income derived from these properties, which are frequently supported by a variety of tenants with abundant demand and a reluctance to move upon the expiration of their lease.

What has fueled demand for medical office space in markets where it is strongest, namely Chicago, Atlanta, New Jersey and Nashville?

Demand for medical office space varies from market to market due to several reasons. In some instances, we observe higher net absorption – demand – simply as a result of the delivery of new medical office buildings in markets where it is easier to build. For example, there are more medical offices under construction and waiting to be occupied in the Inland Empire than Los Angeles, where it is more difficult to build. In other instances, there are local trends in the healthcare industry, such as a merger between healthcare systems, that may affect demand for space. But generally speaking, higher demand for medical office space by market results from a combination of favorable demographics, either in the form of a growing total population or an existing, abundant elderly population, supported by attractive and growing incomes.

Given the strong trends driving the sector, why aren’t we seeing more construction of medical office buildings? Does the pipeline include more deliveries on par with the record set in this year’s second quarter?