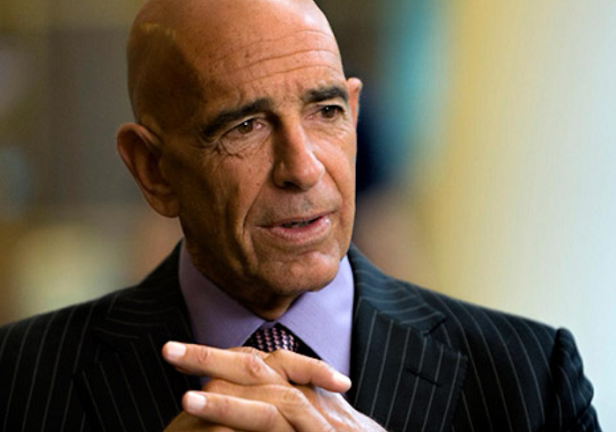 NEW YORK—Activist investor Blackwells Capital is seeking to oust Colony Capital’s CEO Tom Barrack and will nominate five candidates for election to the company’s board of directors at the upcoming 2020 annual shareholders meeting. Blackwells, which reports it has a 1.85% stake in the company, says it has tried to engage privately with Colony “regarding badly needed business improvement initiatives and corporate governance reforms” over the last year in order to close what Blackwells says is a wide gap between Colony’s stock price and its intrinsic value.

“Under the right leadership, we believe Colony can be positioned to create value for shareholders and that its current stock price does not reflect Colony’s true worth,” says Jason Aintabi, Chief Investment Officer of Blackwells, in prepared comments. “Colony’s Board has given Tom Barrack too much deference and too much latitude for too long. His continued, imperial reign over the company damages its credibility and business prospects and creates a tremendous overhang on the stock.”

It pointed to the three-way merger between Colony Capital, NorthStar Realty Finance and NorthStar Asset Management, which was announced in June 2016. When the merger closed on January 10, 2017, the three companies had a combined market capitalization of $9 billion, according to Blackwells. “Since then, Colony’s share price has fallen 66%, destroying more than $6 billion of shareholder wealth, Blackwells said. “Over the same time period, the MSCI US REIT Index, S&P 500, Colony’s proxy peer group, and an index of alternative asset managers comprised of firms from Colony’s proxy peer group have returned approximately +27%, +45%, +66%, and +111%, respectively.”

A Shift to Digital Real Estate

The Los Angeles-based Colony Capital confirms it has received notice from Blackwells of its plans to nominate five director candidates at the annual meeting, which has not been scheduled yet.

Colony Capital also refuted Blackwells’ statement about its performance. “Under the guidance of the Board, Colony Capital has taken significant actions to position the company to deliver long-term value for stockholders,” it said. “Following a comprehensive review of the company’s assets and businesses by its strategic asset review committee and the acquisition of Digital Bridge, the company is sharpening its focus on the digital infrastructure and digital real estate sector.”

For instance, it noted the $4.05 billion in commitments it raised this year for a global digital infrastructure fund. It also has been selling off what are now non-core assets under its new digital real estate orientation, most notably the $5.9 billion sale of logistics assets to Blackstone, struck earlier this year.