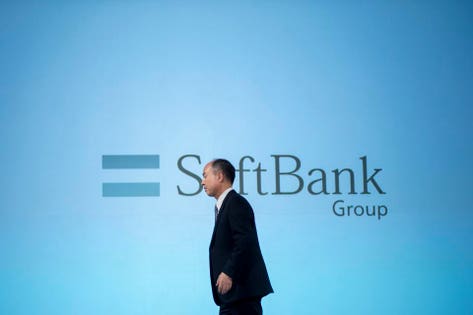 Topline: As WeWork’s biggest shareholder, SoftBank has been under scrutiny for its backing of the troubled office-sharing startup, but a recent report suggests that for it profit off its investment, WeWork would need a much bigger valuation.

Key background: SoftBank has poured nearly $11 billion into the real estate and workspace startup. When SoftBank invested in January, it did so at a $47 billion valuation. But since then, mounting investor concern over WeWork’s business model and irregular corporate governance drove WeWork’s potential valuation down drastically. The company considered going public with a valuation as low as $10 billion—before it scrapped plans for an IPO in 2019 altogether.

Tangent: Since taking the helm from embattled founder Adam Neumann, co-chiefs Artie Minson and Sebastian Gunningham have moved quickly to cut costs and raise cash in an effort to save WeWork’s business. While cancelling WeWork’s plans for an IPO this year, the two said in a statement that they “look forward to revisiting the public equity markets in the future.”